Stop Striving. You Are Already Enough. 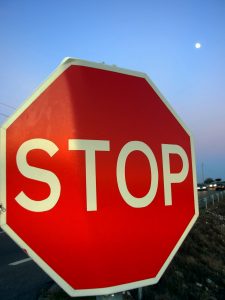 Stop pulling all-nighters in the quest for the straight A’s that will earn you the title of valedictorian.

Stop pushing yourself so you can make it to nationals and maybe one day win an Olympic gold.

Stop coming in at 6am and staying until 10pm so you’ll get the promotion or close the deal.

Stop positioning yourself so that exclusive club will let you be a member.

Stop working out seven days a week so you can have ripped abs and cut arms so you can attract that lover you think you don’t deserve.

Stop forcing yourself to drink your daily green juice and cook your healthy organic meals and cut out everything you really love to eat.

For Pete’s sake, stop trying to ditch your bad habit.

Stop hustling so you can grow your mailing list so you can land an agent and score a book deal so you can sell a million books and become a NY Times bestselling author.

Stop networking so you can prove to people that you’re well-connected with influential people who can uplevel your status. And for the love of God, stop name-dropping so everyone will know how far up you are in the pecking order.

You’ve won enough awards. You’ve got enough money.  You are attractive enough. You’re healthy enough. You’ve worked your way up far enough in your business.  You’ve done the best you can.

Trust me, I’ve learned this the painful way. I was the classic overachieving kid. Straight A’s. Teacher’s pet. Got offered my first book deal at age 11 (I turned it down.)

Editor of the yearbook. Danced in a ballet company. Got into Duke University.

Then I graduated second in my class from medical school. Honor society. Cash awards. Accepted to the best OB/GYN program in the country. Married a doctor. Then a veterinarian. Landed my dream job. Earned big bucks. Was made full partner by the time I was 32. Got divorced again. Married a guy with an MBA from Dartmouth.

I was there – but there wasn’t enough for me.

So I started a professional art career. Got eight galleries to represent my art. Landed my art in museums. Wrote a book about art that allowed me to meet and befriend my art heroes and sheroes. Earned six figures from my painting career.

But it still wasn’t enough.

So I started a blog that quickly grew into a community of souls. I got boatloads of Twitter followers. I got on TV. National magazines interviewed me.  I wrote another book and went on a five month book tour. I gave a TEDx talk. I landed a six-figure deal for my third book. I got up on stage with Louise Hay and Wayne Dyer and Kris Carr and more of my heroes and sheroes. I filled a mentoring program with beautiful visionaries who paid me 10 grand a pop to be guided by me. I got invited to give a second TEDx talk…

And yet… my Gremlins tell me I’m still not enough.

I need to make sure my next TEDx talk gets even more views than the nearly 90,000 views my first TEDx talk did. I need to wow the audience at the next Hay House conference in New York in November so they’ll want me to speak at more conferences. I need to fill the next round of my mentoring program in January…

And if Mind Over Medicine hits the bestseller lists when it launches in May 2013, then I need to make sure it stays on the list for months and months. And then – oh my – the pressure to write another bestseller, and to sell even more books so I can get invited to even bigger stages, and – oh my – then I’ll need to own a retreat center where visionary healers and those in need of healing can unite, and then…

I was meeting with my awesome mastermind group a few weeks ago, and I had this epiphany, that I am now in a business where there is no “there.” I mean even Oprah is probably feeling like she’s not “there” because her OWN network hasn’t been the whopping success everyone expected it to be. In his latest PBS special, Wayne Dyer even confessed to feeling disappointed that Eckhart Tolle and the Dalai Lama beat him on a ranking of spiritual leaders. Wayne Dyer isn’t “there” because there IS no THERE, and he’s f*cking Wayne Dyer!

I’m tired of striving. I’m tired of trying to find validation somewhere outside of myself. I’m exhausted from feeling like I have to spend my whole freakin’ life trying to prove something.

What am I trying to prove?

What are YOU trying to prove?

Right here. Right now. Just as we are. Nothing to prove.

Feel it. Breathe it in. Believe it. Listen to your Inner Pilot Light and know it. Trust it.

You can stop now. Stop doing anything that doesn’t make your soul dance. Keep your ambition but only because it’s in service to your highest good and your deepest pleasure, not because you need to achieve anything more.

You are a valuable, lovable, precious, perfect being, not because of anything you’ve achieved, but because you have a little spark of divinity in you, and that guarantees that you are enough. Who are we to deny our own divinity?

That’s all. I’ll get off my soap box now.

With a deep sigh, 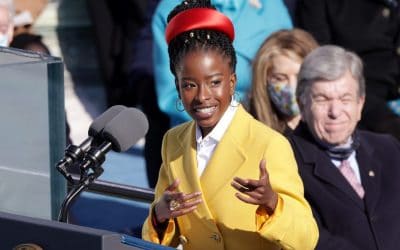 Amanda Gorman, The Hill We Climb, & How We Must Heal From A 4 Year Abusive Relationship With Our President 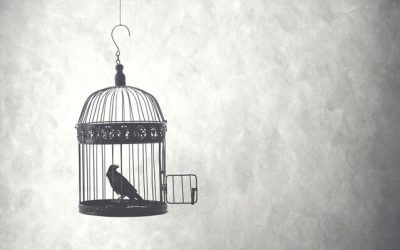