The Most Important Book I Read In 2014

I alluded to the most important book I read in 2014 in last week’s blog about ending the Story of Separation, the cultural story that has us believing that we are discrete blobs of carbon matter that need to fight for our own self interest in order to survive and thrive, even if it means harming other people or destroying Mother Gaia herself. But I want to be more explicit in sharing with you The More Beautiful World Our Hearts Know Is Possible, a book I just finished reading after meeting author/speaker/counterculture revolutionary Charles Eisenstein, who shared a stage with me at the Uplift Festival in Byron Bay, Australia.

I probably read about a hundred books in 2014 (for real.) Some highlights were Elizabeth Lloyd Mayer’s Extraordinary Knowing, Gregg Levoy’s Vital Signs: The Nature and Nurture of Passion, Sarah Drew’s Gaia Codex, Stephen Mitchell’s Jesus: What He Really Said And Did, Adyashanti’s The End of Your World, Larry Dossey’s One Mind, Kelly Turner’s Radical Remission, Alberto Villoldo’s Dance Of The Four Winds, and Sogyal Rinpoche’s The Tibetan Book of Living and Dying.

But of all the books I’ve read this year, The More Beautiful World Our Hearts Know Is Possible stands out as something extraordinary, one of those books you read only a few times in a lifetime, the kind that leaves you highlighting every page and feeling forlorn when you finish it because it connects you to something deep and true, something you forgot you needed like oxygen, something you grieve when you read the last word, even though the words live on in your heart like mustard seeds.

Part of what I love about this book is that, while a lot of spiritual books help us tap into Source and lend us an experience of connection to this wellspring of love on a personal level, few combine spiritual principles with sacred activism. This book is not just about doing your own personal and spiritual growth work; it’s about how BEING love in the world tends to activate you to DO something that creates real change. This kind of inspired action arises not from the energy of resistance, anger, judgment, victimization, or separation which can often fuel another form of activism. It allows you to DO simply by BEING love. Even the separation between BEING and DOING becomes irrelevant. Action naturally arises as a side effect of how much you recognize your interconnectedness with all beings.

If even 1% of the humans on this planet would read this book, perhaps we could change the world. Maybe it wouldn’t even take 1%. Maybe it only takes YOU.

Can One Book Change the World?

My new book The Fear Cure is coming out on February 24, (You can preorder it here). As an author, there’s always that part of the ego that likes to attach to the idea that what we write might actually change the world. But is that possible? Could one book really change the world?

I believe we co-create our reality, so let’s decide that it can.

If every single one of you read The More Beautiful World Our Hearts Know Is Possible and shared it with those who you know are ready for it, we just might change everything. Why is this book so important? Because it busts right through the dominant cultural myth, the one that has too many of us believing that we can continue to deny our integral interconnectedness without dire planetary consequences. If enough people actually believed that everything has consciousness (not just humans, but the animals, plants, mountains, and oceans) and that we are intimately connected with all other sentient life, we could not keep cutting down rainforests, participating in climate change, destroying each other with wars fueled by greed, and violating the God consciousness that exists within us all.

The Story of Separation

What do we mean by “the Story of Separation?” Charles describes it this way:

Why do things happen? Again, the impersonal forces of physics act upon a generic material substrate of fundamental particles. All phenomena are the result of these mathematically determined interactions. Intelligence, order, purpose, and design are illusions; underneath it all is merely a purposeless jumble of forces and masses. Any phenomenon, all of movement, all of life, is the result of the sum total of forces acting upon objects.

What is the purpose of life? There is no purpose, only cause. The universe is at bottom blind and dead. Thought is but an electrochemical impulse; love but a hormonal cascade that rewires our brains. The only purpose of life (other than what we manufacture ourselves) is simply to live, to survive and reproduce, to maximize rational self-interest. Since we are fundamentally separate from each other, my self-interest is very likely at the expense of your self-interest. Everything that is not-self is at best indifferent to our well-being, at worst hostile.

What is human nature? To protect ourselves against this hostile universe of competing individuals and impersonal forces, we must exercise as much control as possible. We seek out anything that furthers that aim; for example, money, status, security, information, and power—all those things we call “worldly.” At the very foundation of our nature, our motivations, and our desires, is what can only be called evil. That is what a ruthless maximizer of self-interest is.

What, therefore, is sacred? Since the blind, ruthless pursuit of self-interest is antisocial, it is important to overcome our biological programming and pursue “higher things.” A holy person doesn’t succumb to the desires of the flesh. He or she takes the path of self-denial, of discipline, ascending into the realm of spirit or, in the secular version of this quest, into the realm of reason and the mind, principles and ethics. For the religious, to be sacred is to be otherworldly; the soul is separate from the body, and God lives high above the earth. Despite their superficial opposition, science and religion have agreed: the sacred is not of this world.

Who are we as a people? We are a special kind of animal, the apex of evolution, possessing brains that allow the cultural as well as the genetic transfer of information. We are unique in having (in the religious view) a soul or (in the scientific view) a rational mind. In our mechanical universe we alone possess consciousness and the wherewithal to mold the world according to our design. The only limit to our ability to do so is that amount of force we can harness and the precision with which we can apply it. The more we are able to do so, the better off we are in this indifferent or hostile universe, the more comfortable and secure.

Where have we come from and where are we going? We started out as naked, ignorant animals, barely hanging on to survival, living lives that were nasty, brutish, and short. Fortunately, thanks to our big brains, science replaced superstition and technology replaced ritual. We ascended to become the lords and possessors of nature, domesticating plants and animals, harnessing natural forces, conquering diseases, laying bare the deepest secrets of the universe. Our destiny is to complete that conquest: to free ourselves from labor, from disease, from death itself, to ascend to the stars and leave nature behind altogether.

The answers to these questions are culturally dependent, yet they immerse us so completely that we have seen them as reality itself. These answers are changing today, along with everything built atop them—which basically means our entire civilization. That is why we sometimes get the vertiginous feeling that the whole world is falling apart. Seeing the emptiness of what once seemed so real, practical, and enduring, we stand as if at an abyss. What’s next? Who am I? What’s important? What is the purpose of my life? How can I be an effective agent of healing? The old answers are fading as the Story of the People that once answered them crumbles around us.

The Story of “Interbeing”

So what’s the alternative to the Story of Separation? Charles offers us an alternative.

“A recognition of alliance is growing among people in diverse arenas of activism, whether political, social, or spiritual. The holistic acupuncturist and the sea turtle rescuer may not be able to explain the feeling, “We are serving the same thing,” but they are. Both are in service to an emerging Story of the People that is the defining mythology of a new kind of civilization.

I will call it the Story of Interbeing, the Age of Reunion, the ecological age, the world of the gift. It offers an entirely different set of answers to the defining questions of life. Here are some of the principles of the new story:

That my being partakes of your being and that of all beings. This goes beyond interdependency—our very existence is relational.

– That, therefore, what we do to another, we do to ourselves.

– That each of us has a unique and necessary gift to give the world.

– That the purpose of life is to express our gifts.

– That every act is significant and has an effect on the cosmos.

– That we are fundamentally unseparate from each other, from all beings, and from the universe.

– That every person we encounter and every experience we have mirrors something in ourselves.

– That humanity is meant to join fully the tribe of all life on Earth, offering our uniquely human gifts toward the well-being and development of the whole.

– That purpose, consciousness, and intelligence are innate properties of matter and the universe.

Do you get it? Can you see how if everyone adopted this Story of Interbeing, everything could change in a blink? It leaves me feeling giddy with possibility and galloping with wild hope for this more beautiful world our hearts know is possible.

If this resonates with you, you can read Charles’s entire book for free online here. But keep in mind that Charles operates from what he calls “Sacred Economics,” the title of another book of his, based on the idea of a gift economy. So please, if these ideas resonate with you, either send him a gift or pay for a copy of the book out of respect for all the light he is infusing into the world.

Let me leave you by asking you to consider what might arise within you if you consider yourself as part of this Interbeing. How might you participate in this revolution of love and interconnectedness? How would love BE in the world? What would LOVE do?

One with you all, 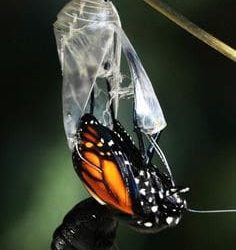 Who Is The “You” That Will Come Out Of Quarantine? 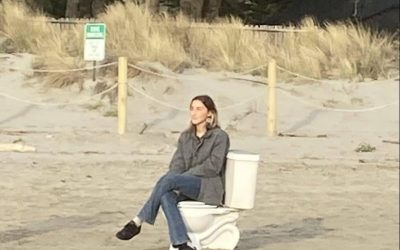 It Is Okay To Not Be Okay