What Makes Someone A “Health Outlier” Ripe for Radical Remission?

The mysterious phenomena the medical community calls “spontaneous remission” has long puzzled scientists and doctors because of the very inexplicable nature of how patients with “incurable” diseases wind up cured. A similarly bewildering phenomena, the placebo effect, continues to elicit curiosity, but with few satisfying explanations. Most doctors don’t question these mysteries too much, writing them off as outlying data points better left comfortably on the fringes, where they’re unlikely to dismantle the status quo of modern medicine too much.

But one of my friends and colleagues Harvard doctor and Princeton seminary graduate Jeffrey Rediger, MD, MDiv, shares something in common with me- the unwillingness to just look the other way in the face of stories of seemingly miraculous health outcomes in patients. Like me, he wants to know why and how people who have remarkable health outcomes recover. 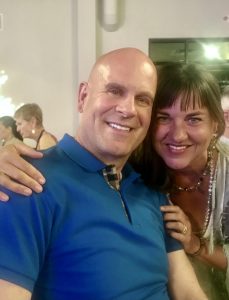 Is it the result of clearing limiting beliefs and imprinting new ones? Is it the side effect of rigorously healing one’s childhood trauma? Is it the result of going on a pilgrimage to a sacred site reputed to cause healing or visiting a healer who channels some kind of healing energy? Is it the result of exceptional nutrition? Does it require hard-core spiritual practices? And why does one person get the cure and the other, who takes the exact same proactive actions, stays sick or dies? Is it an act of Divine intervention reserved for the pious? Does it have something to do with karma? Is there anything I’ve learned or Jeff has learned that can help sick and suffering patients be proactive about achieving one of these rare, seemingly miraculous remissions?

These are the questions Jeff Rediger and I ponder when we compare notes about our extensive research on “spontaneous” healing. When I learned that Jeff had been studying the phenomenon rigorously since 2003, we spent several hours on a Native American reservation in Arizona doing the mind-meld/ brain dump/heart sync about what we had learned. Jeff expressed frustration alongside his passion. Why do we study outliers in every other field, he wondered- the Serena Williams athletes and the Steve Jobs visionaries- but as doctors, we summarily dismiss those who out-achieve their health prognosis?

With the mind of an academician and the heart of a theologian, Jeff set out to see if he could solve the mystery by tracking down some of these patients, using the tightest and most rigorous scientific standards, to answer four general questions:

3) Can we explain it physiologically when it happens?

4) Can we control it in any way? In other words, can spontaneous healings be reproduced in ways that facilitate cure in others who are sick and suffering?

While the internet is full of patients self-reporting their seemingly impressive self-healing stories, proving that these stories are indeed accurate from the perspective of science has been nearly impossible. Jeff and I found that most of these stories turn out to be exaggerations, distortions, or even flat-out lies when you try to prove that they’re true by backing them up with medical documentation of before and after test results.

Collecting inspiring stories is easy, but proving that these people were properly diagnosed with verifiably objective criteria to have truly incurable or terminal illnesses, and then proving that they were cured- and following them over to time to make sure the disease did not come back- is a feat worthy of some big prize.

Fortunately for all of us, Dr. Rediger published his results in his new book Cured: The Life-Changing Science of Spontaneous Healing, earning my enormous respect and immense gratitude.  Not satisfied with unverifiable stories of radical remission, Jeff had strict criteria for the people he studied. He doggedly screened out anyone who didn’t have before-and-after medical records to verify their stories, along with people who had the kinds of diagnoses that naturally remit and relapse.

Focusing on the kinds of cases doctors consider truly incurable- diseases like Patricia Kaine’s deadly idiopathic pulmonary fibrosis, Matt Ireland’s and Pablo Kelly’s lethal glioblastoma multiforme brain cancer, Jerry White’s renal cell carcinoma, Claire Haser’s pancreatic adenocarcinoma, Juniper Stein’s progressive ankylosing spondylitis, Stephen Dunphe’s multiple myeloma, and Jan Rose’s end-stage lupus- he sought to understand what really happened. What did these people do? Was there something proactive about their approach to their diagnosis that other patients with similarly grim prognoses could learn from and apply? Could conventional doctors learn from these patients and help others like them? And what happened down the road? Were they really cured or did they just have prolonged remissions?

Jeff and I have both witnessed lots of people who have a seemingly miraculous cure, only to wind up relapsed a year later. Jeff tracked them over long periods of time to find out what really happened over the long term.

If you’re anything like me, what Jeff discovered will inspire you, whether you’re sick or not. He found that these “health outliers” did not just “go gentle into that good night” as the Dylan poem might suggest. As one woman he studied said, she accepted her diagnosis, but not her prognosis.

So what did these people with extraordinary outcomes do? You’ll have to read the intricacies of their stories in Cured (https://www.amazon.com/Cured-Life-Changing-Science-Spontaneous-Healing/dp/1250193192) to get the rich flavor of the full transmission. You won’t want to miss Stephen Dunphe’s story of how the bone marrow tumor from his multiple myeloma disappeared- under medical supervision- within one week. Whoa…I won’t spoil it by saying too much, but suffice it to say that this one story blows up my explanation of spontaneous healing in Mind Over Medicine, which is why I had to rewrite more than half of Mind Over Medicine in the revised edition that came out in 2020, in order to update my point of view based on cutting edge science and stories that make my hypotheses fall apart.

Although Jeff’s book is not a self-help book in the tradition of a “10 Steps To Better Health” kind of way, it’s way deeper than just a collection of inspiring, medically verifiable spontaneous healing anecdotes. In fact, there are valid self-help conclusions you can draw from his 17 years of research if you’re seeking to optimize your chance of being the next health outlier he studies.

Jeff will be our guest, reviewing what he learned in his 18 years of research, in our next Healing With The Muse community on September 20, so register now if you’d like to commune with Jeff and me personally to harvest our wisdom, attempt to answer our questions, and unpack some of the mysteries we are still seeking to understand.

Join Healing With The Muse now 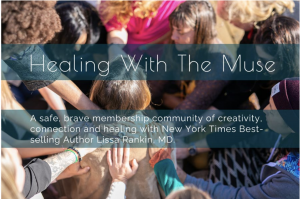 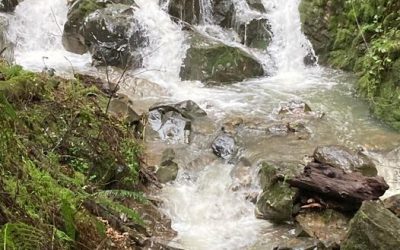 12 Tips For Riding Out The Omicron Wave Safely, Protecting Your Mental Health (& What To Do If You Get It) 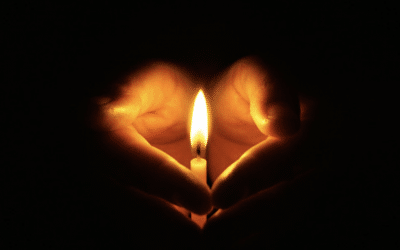 Trauma: The Theory Of Everything? 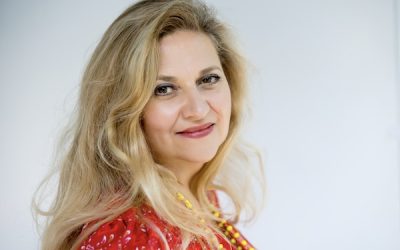 30 Insights From A Trauma Survivor In Recovery From Spiritual Bypassing